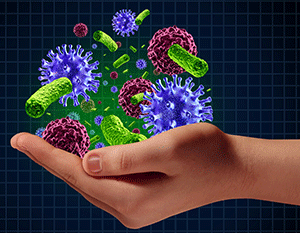 Parkinsons Disease treatment is centred around detoxifying the gut and body. A supervised detox program is the first line of treatment recommended by Sunshine Coast Naturopath and Nutritionist Kerri Abbott.

It is a degenerative disease that affects the nervous system and it seems oxidative stress plays a role in the degeneration of the part of that brain that produces dopamine. High homocysteine levels, inability of the liver to detoxify pesticides and herbicides and heavy metal toxicity (particularly lead) all play a role as well. Treatment includes detoxification of the body to remove these toxins.

Symptoms appear when there is a lack of dopamine in the brain. The area of the brain that produces dopamine is either damaged or dying and stops producing it.

Dopamine is a neurotransmitter that transmits messages from one nerve cell to another.

DNA analysis can help us identify impairments in your DNA that lead to chronic disease.

Heavy metal testing (Oligoscan) is used to check toxicity levels. Dietary and lifestyle changes are integral to slowing the process of Parkinsons Disease.

[]
1 Step 1
Previous
Next
powered by FormCraft